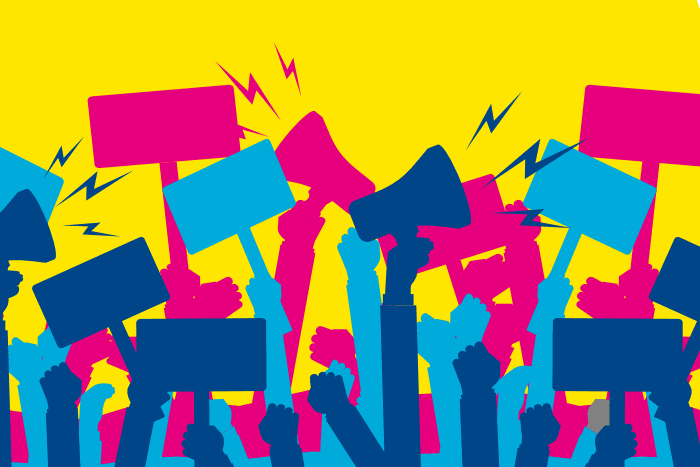 If you’ve not noticed the rise in ‘populist’ politics across the world then you must have been hibernating for more than a few years and can’t lay blame on the pandemic for missing its rise!

The following has been reproduced from the Tax Research UK Blog as it outlines the process and no other explanation needed and I make no apology for republishing here:-

Populist politics is based on a series of lies deliberately created and ruthlessly promoted by those who pursue this base form of campaigning. The steps can be relatively easily broken down. The story told is as follows:

1) The world is split between the people and those who oppress them.

2) Those who oppress the people are an elite.

3) The elite oppress the people with cunning plans.

4) Those cunning plans invariably mean that the people’s hopes and aspirations are dashed because the elite promote the interests of groups who are not part of the people, with those other groups taking all the advantages that really belong to the people.

5) As a result people need saving from this elite.

6) Those other groups who the elite have favoured also need to be put in their place.

7) The populist politician can save the people from the elite, who need to be thrown out of power.

8) In the process they will give the other groups who have taken what belongs to the people a good seeing to.

9) They populists can do this by challenging the elite’s cunning plan.

10) Whilst doing so they will remove the privileges of the group to whom the elite have given the rewards that belong to the people.

11) The populist politicians will now run the country for the people.

12) The populist politicians will repeat, time and again, that they are not now an elite although they by this point in time they exercise all the power that the elite they opposed once did.

13) In case the populists’ plans do not work out as hoped they will create a new crisis that they will suggest the people need saving from.

14) They will also find a new group who threaten the interests of the people who are the cause of this new crisis.

15) They will come up with a plan to restore the right of the people by eliminating the threat to them from this new group.

16) Repeat stages 13 to 15 until people realise that the populists were the real problem and that all they ever wanted was to become an elite by displacing those who previously held power.

If in doubt about the truth of this fit Brexit into that story.

Then see Covid as a new crisis, with NHS staff as the group now considered to be favoured by the behaviour of an old elite.

You could of course also use the narratives favoured by Trump.

Fascist history provides other such narratives, of course.

This whole process is based on four things.

The first is powerful, fear-based narratives that are very unlikely to be related to the truth.

The second is a willingness to wholly unjustifiably victimise a group, or groups, in society.

The third is the willingness to tell a lie, usually related in very simple soundbites that are repeated often to a media willing to promote them.

Fourth, there must be a weariness with the counter-narratives that political opposites have to offer. How does the process end? If it is to be peacefully, then the political counter-narrative has to be re-established. That is the task that this blog is engaged in.

PrevPreviousCivil & Human Rights are Under Threat – But NOT from any Covid Restrictions!
NextWhat are governments for?Next