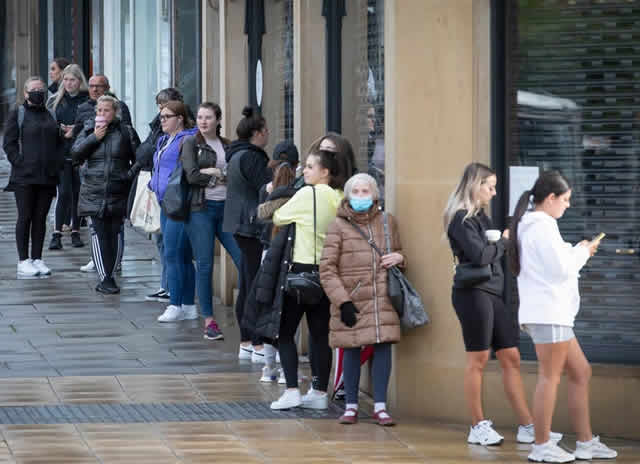 We Need A New Way Of Looking And Doing Things!

This morning in The Guardian in an article “This pandemic has exposed the uselessness of orthodox economics” by Jonathan Aldred he said,

“Even before the pandemic came along, the world economy faced a set of deepening crises: a climate emergency, extreme inequality and huge disruption to the world of work, with robots and AI systems replacing humans.

Conventional economic theories have had little to offer. On the contrary, they have acted like a cage around our thinking, vetoing a range of progressive policy ideas as unaffordable, counter-productive, incompatible with free markets, and so on. Worse than that, economics has led us, in a subtle, insidious way, to internalise a set of values and ways of seeing the world that prevents us even imagining various forms of radical change.“

If nothing else this pandemic has shown how inadequate our systems are in addressing the problems we all endure. I use the word ‘endure’ advisedly as it needn’t be that way!

We all need to understand a bit more about how, where and the why and this new series of small videos (~4m), by Richard Murphy, is where we can start.

It has its origins in MMT (Modern Monetary Theory) which rather than being theory is more an explanation & description of what is and offers suggestions about what could be and how it can be achieved.

Some might criticise it for not being more radical but it is actually is!

Just about finished Stephanie Kelton’s ‘The Deficit Myth’. Being on the left, find some of the issues discussed and the remedies inherent in addressing them to be quite radical!

But, supporting policies to redistribute wealth, the reintroduction of trade-union activity and collective bargaining are a few examples which to some might be more radical than enough!

In the desire for change, these may be the highest hurdles we have to get over in convincing the electorate there is a better way. It’s not the likes of me who started work in the early sixties in an industry with a ‘strong’ union needing convincing.

It is those who have endured what Kelton calls ‘the democracy deficit‘. Conditioned over 40 years since the Reagan/Thatcher era started the breakup of existing structures (eg trades unions), that didn’t fit their political dogmas.

Both had small government ideologies and large private market philosophies heralding the private sector as saviour.

For the majority both in the UK and elsewhere, things have got worse, not better and no government ‘seems’ able, or willing to change it regardless of which elected!

We have been conditioned to believe the ‘economics’ of the day!

It Needn’t Be And Should Be Challenged.